As you probably have heard- Flappy Bird is no longer available for download (click here for my review on it). As the world goes into Flappy Bird withdrawals, the app creators of the world decided to get the simplicity of the game and make really stupid versions of it. Here are my personal favorites (they are really stupid).

When I first saw this, I first thought that it was just a joke and thought “Fall Out Boy isn’t that much of a sell out” and then I remember that it was Fall Out Boy that we were talking about and they would be the band to do this. The game called “Fall Out Bird” is pretty much the head of the band members magically spurting wings (I wonder if my head will do that once it’s detached from my body) and having to dodge guitar’s head stock (the top of the guitar where the stings end out for those of you that aren’t guitarist). While it’s only out for Android devices now, I really don’t see it going that far because well….it’s Fall Out Boy. And it’s a pretty stupid game. Sadly, It’s not most stupid knock off on this list. 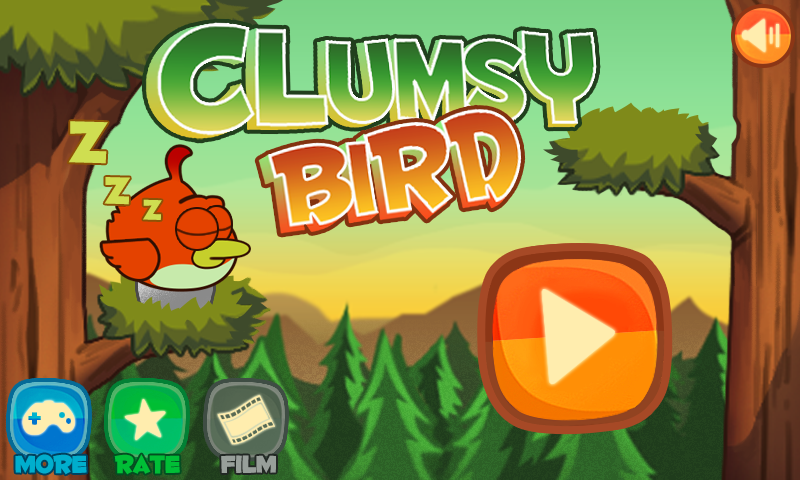 If this doesn’t get pulled from Google Play, it will be a miracle. “Clumsy Bird” is what I would expect to come out if “Angry Birds” and “Flappy Bird” had an angry flappy baby.  The best part of the game is that it doesn’t even try to hide that the game’s bird is based on the red Angry Bird.  Is it that bad of a game that the creators of “Angry Birds” just don’t care or do they feel bad for the little app that realistically sucks?

This game is just one big piece of crap (literally). “Happy Poo Flap” makes “Fall Out Bird” look like a genius game. The sad part is that it’s actually a better game than the original “Flappy Bird”.  You pretty much take this flying piece of crap through different levels and collecting coins and then cash them in for new characters and accessories. The even sadder part is that Happy Poo is actually what one make consider a mobile game franchise that isn’t in the toilet yet (making potty jokes is actually kind of fun). Maybe this little turd is what “Flappy Bird” creators should look at when they consider making the flappy sequel.

Our last knock off features everyone’s second favorite One Direction Member- Harry Styles (Niall is everyone’s favorite). Instead of making through holes, you must guide young Styles as he jumps, or dives, off a cliff in “Harry Dive” (that sounds like a porno). Now is it just me or doesn’t it seem like who every made this game wants Styles to know that they want him gone? Either way, the game is strange and a little bit weird (mainly for the person diving off a cliff aspect of the game and you helping them). It’s not the strangest, probably Happy Poo takes that flush, but it’s up there on the strange meter.

Have an opinion on any of these games? Or did we forget your favorite? Leave it in the comments below!

This site uses Akismet to reduce spam. Learn how your comment data is processed.